"I'm not hijacking this plane...I'm trying to save it!" When you watch a movie as fun and as thrilling as Non-Stop, little does the details matter. Despite minor letdowns here and there, it never seemed to matter much because from start to end, the movie just flows with suspense that keeps your mind fixed on the mystery itself.

The unique premise in its own is the strong foundation of this film. With the idea of a mystery killer in the middle of a flight high up in the air, all that needs to be done is to translate that to the screen, and it will be thrilling. The good news is, the production team did just that, and it succeeds where it needs to be. Every minute from when the culprit sends the first message, you just can't take your eyes off the screen, and you just can't help the feeling that in an enclosed space like this, and the killer is seeing our hero's every move and could possibly kill him at any moment. That feeling is what we pay this film for. They keep you guessing, and they keep you worried for the sake of our protagonist.

Some characters were pretty likeable, while most of the cast portray them brilliantly. And you just can't hate Liam Neeson. He has that brilliance and charisma on screen, that you just want to root for him at every moment. The comedy gives some necessary laughs in between tenseful moments, and the drama of some of the characters gives for a more meaningful story. While these aspects were never very good, they are decently supportive of the strengths of this film. Yet, the action sequences were not fully brought to life, and while this film may not have the best or the most plausible of endings, it never really mattered when you are having so much fun with the film.


note: watching a plane getting hijacked one day before taking a plane ride yourself is not a good idea...(what I did) lol
Posted by edwardanthony9 at 08:11 No comments:

"We live in the shadow...of a greater power"

I would want to say that this film feels different, yet somehow it felt familiar. The film felt different thanks to the climactic volcanic eruption, which added an extra dimension to the final act, yet in every other minor plot detail, it felt as if I've seen the act many times before. Overall, though, it is a joy to watch, despite the minor flaws throughout the film.

One strong point in which I enjoy the film were the action sequences, which mostly are very practical sword fights, that turns out to be quite fun and enjoyable with the fast & swift hits. And then throughout the end, the suspense of the danger can be felt, which I attribute mostly to the decent soundtrack. Soundtracks which are supportive towards the appropriate situation is always a great thing to have. And while the visual effects were not perfect, it didn't really matter in terms of the overall experience.

Yet the film is dragged down by minor flaws along the way. There was no humour in the mix, and while there is no deep emotional drama as well, at least I can still feel for the character. There are times where I felt that the scenes were not supposed to happen yet, although in the end, I could at least care about what's going to happen to these characters. And the closing scenes were too abrupt, where they could instead have added some finishing lines/quotes or maybe give some aftermath/future scenes. These minor details kind of let down what would otherwise be a solid thrilling disaster film.

There is no shortage of movies this March as we have lots of new big films breaking into the market, as well as some sequels to make it yet another wonderful month...

Not necessarily a sequel as the synopsis states that this film will take place before, in between, and after the events of 300. Although the likes of Gerard Butler and Michael Fassbender will not return, we still have some of the original cast, while also welcoming newcomers to the franchise. And though Zack Snyder is not directing, he still remains highly involved with the screenplay, while also being a co-producer of the film, and that gives me the confidence that it can bring the quality and drama that 300 did.

One of my top 10 anticipated films of the year, and really looking forward to seeing the hypercars in action. Very few gaming franchises have been successfully adapted into films, so this one will be facing odds against their favour, unless it can pull off a spectacle for audiences. I'm slightly doubtful with the plot at the moment, but I'm thoroughly pleased to see the cars in action in the trailers. Aaron Paul looks like a cool action hero, portraying the man seeking revenge. And I'm just really, really looking forward to this and hoping it can put on a show.

Based on a novel, telling the story revolving around a teenage girl, in a world of semi-fantasy. Does that seem familiar? Films like these have come and gone, some failing in the box office like The Mortal Instruments and The Host, while we all could recall the success of The Twilight Saga, which focuses on love and romance, and The Hunger Games series as the other side of the coin, focusing more on the action & the revolution instead. This one looks to be somewhere in between. But the question will be, can they replicate the success of the latter franchises and gain cult followers, or fall in the valley of cliche teenage romance?

Muppets Most Wanted (March 21)
-Not one that I'm interested on, but has a huge number of star cameos...
(http://www.youtube.com/watch?v=DQiGyBiNjLI)

Noah (March 28)
-An epic by the legendary Darren Aronofsky...
(http://www.youtube.com/watch?v=6qmj5mhDwJQ)

Sabotage (March 28)
-Looks just like another one of those action movies...
(https://www.youtube.com/watch?v=FeHpSdQSH0c)

The Raid 2: Berandal (March 28)
-An Indonesian film franchise that gained international fame...
(http://www.youtube.com/watch?v=MG9uFX3uYq4)
Posted by edwardanthony9 at 07:25 No comments:

"I think I got it...but just in case...tell me the whole thing again, I wasn't listening"

I have to say, this is one rare animation film that could satisfy audience of all ages, but I didn't find it as great as the critics suggest. There all lots of positives, yes, but I find several aspects less than satisfactory, including the soundtrack, and perhaps surprisingly, the twist.

Let me start with the positives first. I have to say I was genuinely pleased by the humour that was presented, some of which are easily laughable, even for adults. They range from the weird & foolish actions that would please little kids, to the plain responses & simple jokes that would trigger a laugh on mature audiences as well. This is a smart & rare quality possessed by an animation film.

The characters are very much likeable and the excellent voice casts simply makes them just that more charming. Emmet is a fun main character as he is simple, ordinary & easily relatable. His funny responses are among those that appeal to adults as well. And pretty much all the characters are easily understandable, and this makes for a great connection between them and the audiences.

I thought the overall plot was decent though, and makes for quite an emotional ride with the characters. The twist, however, is a bit more interesting. I have to say it was probably a good twist, in that it makes perfect sense and explains the things that happened before. But to be perfectly honest, for me it wasn't satisfactory, in fact I was quite disappointed it had to go that way. It kind of eliminates what emotions I have felt of the characters so far. Not a bad twist in terms of quality, but not a likeable one, at least for me.

In terms of technicality, the visuals were okay, but the soundtrack didn't really appeal. I may have stated in previous reviews that soundtracks make for more intense and interesting scenes. And here, the opposite is true. The soundtrack doesn't seem to accurately convey the emotions, and so the tension of the drama & action was slightly reduced. Other than that, though, this is simply one rare animation movie, in which the whole family can really enjoy, as it caters for all range of audiences.

I didn't actually intend to write anything about this, but with the number of trailers out, perhaps I have some things to say about this. Note that on most cases, a Super Bowl Spot is shown in the Super Bowl itself, but along with it comes a full trailer, released online...


This movie is the only one where we have not had seen any trailer or clip of, so this is one to be very excited about. Unfortunately, it also one of the few that only showcases a short spot, without a full trailer. Basically, all it does is show some shots of transformers, and some of the main characters. Nothing much, even the CGI doesn't look finished yet. However, one thing I love about this teaser, is the dinobot. It looks awesome, and so huge as Optimus is riding on its back. So, nothing much to be excited about here, for me, aside from the awesome looking dinobots which give me something to look forward to.

The Winter Soldier takes the stage as he becomes the centre point of this whole trailer. While the first trailer shows glimpses of him, this trailers revolves all around The Winter Soldier, and especially hearing from the lines of Black Widow, and Captain America himself, this puts Winter in a position where he is looking to be quite a challenge and a powerful adversary to Cap himself. Plus, catching the shield, and throwing it back to Cap, isn't it just badass??

"Most of the intelligence community doesn't believe he exist...the ones that do call him The Winter Soldier" - Black Widow

This is a very long trailer, at three and a half minutes, but I'm very pleased to get to see lots of action. More importantly, the first two minutes focused on how Electro came to be, so that is pretty much revealed there. So Electro begins as this ordinary electrical engineer called Max Dillon, who even fancies Spidey. But as things turn bad all around him, along with this accident with the electric eels, and now he's got powers and probably he seeks vengeance upon those who hurt him. More will probably be revealed, but as of now, it seems pretty clear of Electro's origins. Aside from this, the remaining scenes in the trailer are mostly from the original trailer, with a little bit more fun. Effects look brilliant though, and this movie is one to look forward to in the summer.
Posted by edwardanthony9 at 22:33 No comments: 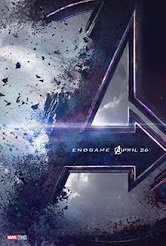 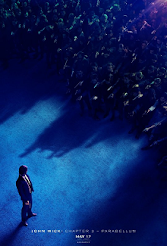 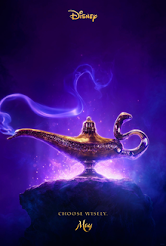